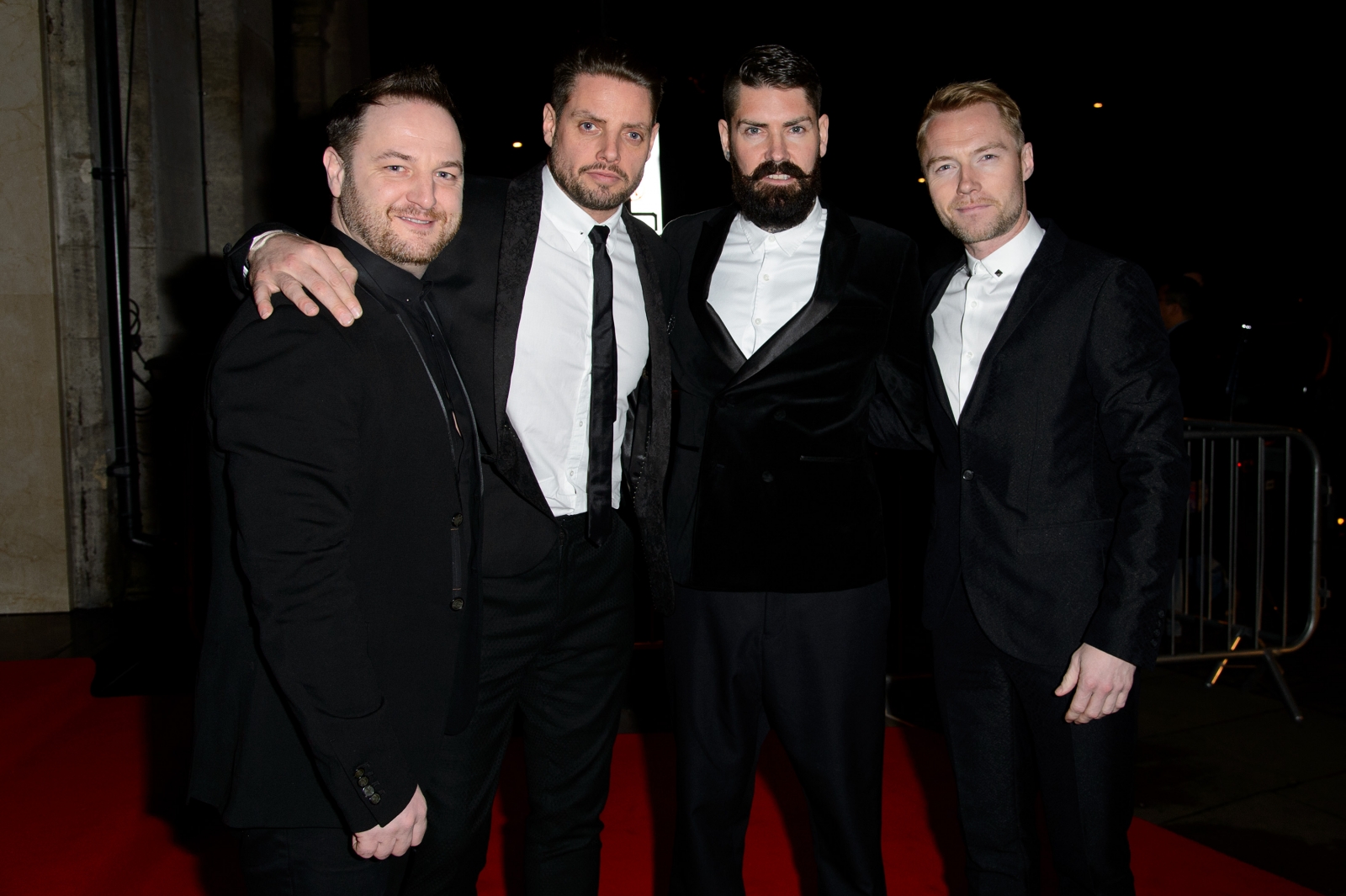 I admit, I'm more than likely doing a disservice to this duo by reviewing their CD Upstairs. I didn't realize that this project was a best-of collection stripped down to coffeehouse style. I didn't understand that this was a collaboration recorded "on the side" from the mainstream pulse of the band. And as fate would have it, this is the very first Shane and Shane album I've ever laid ears on.

Due to this conundrum, I can only review this album from the position of a freshman in the school of this apparently very popular pair (how else could they put out nine CDs?). But in my ignorance I hear a sound I thoroughly enjoy. These guys have folk/jazz-infused voices reminiscent of Aaron Neville; they sometimes make me miss words but never the pulse i will wait for you shane and shane the song. The almost-frantic guitars keep my feet moving and my fingers itching to play along.

These songs are quite simplistic praise songs (and one "chick song," as they label it). The lyrics abandon fancy imagery for the sake of eternal truth. There's no fear to repeat, "I will wait on You" several times ("Psalm 13"). Traditional images, such as being broken for the Lord, occur multiple times in songs like "I Want It All": "Use me, break me, waste me on You, Lord / Ruin me, take me, waste me on You / For to die is to live."

Of course, this doesn't mean that Upstairs is a ho-hum collection of "been there, done that" material. "I Miss You" stands as the strongest track of the album both musically and lyrically. i will wait for you shane and shane The opening verse reads, "Put down your paper plate / Come to the table made / Deep blue china / Found on the table by the wine / So fine." The voices converge on the chorus with grand strength, and the instrumental climax centers on, "Oh, I miss you so / The feel of forever." Time and time again this track caught my attention i will wait for you shane and shane before I learned the lyrics.

Initially, as is the case with "I Miss You," the listener gets lost in the music, and then the lyrics arrive with concrete force that might not punch as hard if they were softened with multiple adjectives. There is a definite masculine quality to the lyrics thanks to their sparseness, but the gentleness that shines through Shane Barnard's and Shane Everett's tenor vocals keeps both genders engaged. The tempos allow for meditative reflection, and cries like, "Lord I want to yearn for You / I want to burn with passion / Over You / And only You" ("Yearn") reverberate in the hungry heart, no matter the listener's color, race, gender or creed.

While one would classify this disc as a worship album, it isn't one for general congregational worship. I suppose some of the songs could be used in that manner ("Beauty For Ashes," for example), but a heaviness does hang on the tracks. By "heaviness," I mean a contemplative flair that might not be seen in Sunday morning worship services. Yes, "Psalm 13," "May The Few," and "The Answer" contain that frenzied guitar sensation I alluded to earlier. But in the long run, this album will serve quite nicely as a precursor to prayer, or as filler instrumentation for the reading of Scripture.

Despite my unawareness of Shane and Shane's musical career and ministry, Upstairs refuses to disappoint. If you're already a long-time fan, I imagine this to be a necessary addition to the collection. And if you're like me, a stranger on the outskirts of knowledge, this best-of sampling still serves as good introductory material.

WESTLIFE star Shane Filan has revealed the band's new album is dedicated to his late mum and dad as he said they "would have loved this one&quot.

The band are releasing their brand new album Wild Dreams tomorrow and Shane shared a snap of the album on his Instagram today.

The cover of the album features the band in a field and Shane also showed off the inside cover.

Inside there is a black and white picture of Shane's mum and dad, Mae and Peter, opposite the yellow disk as it was revealed the album was dedicated to them.

Shane's mum sadly passed away in 2019 and just nine months later his dad also died in 2020.

The dedication read: "This album is dedicated in memory of my wonderful parents, Mae and Peter Filan. Thank you, I love and I miss you."

Shane captioned this sweet snap saying: "That feeling when you hold your new album in your hands for the 1st time! . never gets old !!!

"My Mum and Dad would have loved this one #Westlife #wilddreams

"Out Tomorrow. To all our amazing fans all over the world, this is our 13th time to give you an album and your love and support for us over the last 22 years has been just INCREDIBLE!

"Thank you, we love you and we hope you all love this one as much as we did making it."

Sharon commented saying: "Can’t wait to listen, gonna be awesome. Tour countdown on i will wait for you shane and shane make up for lockdown."

Keisha said: "Thank you so much guys, always love you. Can't wait for tomorrow! And what a beautiful memory! they would be proud of you, Shane."

One follower wrote: "What a beautiful tribute to your parents. They will be so proud. Can't wait to hear the album! Love you."

While Amy also commented saying: "They would be so proud. Can’t wait to listen to it."

Warne tweeted, "Very surprised India didn’t take the new ball when it was available !!!! Strange they are still bowling with the old ball as light and overs running out !!!!!! Thoughts?"

Shane Ritchie has revealed the unusual question his EastEnders co-star Adam Woodyatt asked him prior to entering the I'm A Celeb. castle this year.

"Adam, right, I watched him i will wait for you shane and shane night go into the castle," the 2020 campmate explained. "And a few weeks ago, we were chatting just before he went into isolation, and he said to me, 'Shane, I'm going into the castle&apos.

"I said, 'What are you talking about?&apos. He said, 'The shrubbery around the castle!'

"I said, 'Why? What have you got in mind?&apos. He said, 'Well, I'm thinking if I gather up as many nettles as possible, I can make a cup of tea!"

Adam, 53, who played the soap's longest-serving character since joining as Ian Beale in 1985, joined the I'm A Celeb. castle last night as a late addition, alongside Corrie's Simon Gregson.

The acting pair took part in their first trial last night. Attempting to withhold his laughter speaking about his friend, Shane told Lorraine: "Now, what I had to tell him is that when I went into the castle last year, I did exactly the same.

"I had this notion in my head, because it was my first time in the castle, so I remember getting in there and wandering around on my own, just pulling up little plants and smelling them and looking for nettles."

Shane took part in the much-loved ITV show last year, where he finished in fourth place behind Vernon Kay, runner-up Jordan North and Queen of the Castle, Giovanna Fletcher.

"I got this whole armful of nettles," the soap-star explained. "And I'm about to walk back into the castle as Giovanna's got her kettle boiling, and I got called to the Telegraph Room.

"They're like, 'Mr Ritchie, can you sit down? What are you doing?', and I've got all these nettles and said, 'Nothing! Why?'

"They said, 'No, really, what are you doing?', and I i will wait for you shane and shane, 'Well, I'm hoping to make a cup of tea out of nettles!'

"They said, 'Put them back!', and I said, 'Why?&apos. They said, 'They've all been sprayed with insecticide!'

"I had to warn Adam so he knows not to do that!"

Chuckling away, Shane, who regularly appears in pantomime, having starred as Robin Hood for the last several years, also explained that he had to warn his friend that he'll have no idea of a sense of time while staying in the castle.

"We knew that the show finished about 10 o'clock at night, or quarter past ten, so when Ant and Dec walked into the Castle, we knew it was live.

"Then you'd come back, wait around for an hour, so about 2-2.30am, the food would arrive, so you wouldn't actually eat until about 3.30-4 o'clock in the morning.

"I said to Adam, 'You're going to constantly feel like you've got jet lag, so start getting used to going to bed about 3 or 4 o'clock in the morning."

I'm A Celebrity. Get Me Out Of Here! continues tonight on ITV at 9pm.